Spanish authorities said a van hit people in Catalunya Square on Las Ramblas in Barcelona Thursday, leaving 13 dead and more than 50 others hurt.

Following the incident, two police sources told ABC News there were two hostage takers. Police are calling the incident a terror attack. One suspect is in custody.

An eyewitness told a Spanish television station that the suspect was running people over in his van for nearly 1,000 feet before fleeing into a nearby Turkish restaurant. 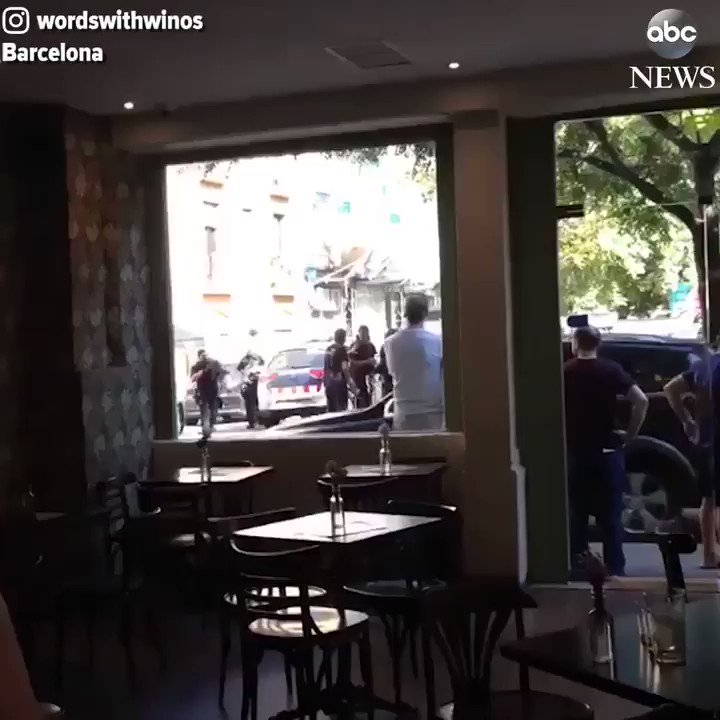 The witness said the suspect had something in his hand but he could not tell what it was.

A spokesperson for the Spanish Guardia Civil tells ABC News that the name of the man who rented a van used in the Barcelona attack is Driss Oukabir. They would not say if he was a suspect.

The Barcelona transit system posted a message on its official Twitter account that numerous subway stations are closed and it urged people near the area to remain in place until further instructions from police.

The U.S. Consulate in Barcelona posted a warning on Twitter, saying it is “aware of a reported incident at Las Ramblas in Barcelona. Please avoid the area.”

The emergency services Twitter account for the Catalonia region, of which Barcelona is the capital, posted tweets in multiple languages advising individuals to use social media to inform relatives of their whereabouts.

The United States condemns the terror attack in Barcelona, Spain, and will do whatever is necessary to help. Be tough & strong, we love you!

Thoughts and prayers to #Barcelona