Another video has gone viral showing two Big Brother Naija housemates Khafi and Gedoni having sex for the third time since the commencement of the reality show some weeks ago.

Gedoni and Khafi first had sex in the house on July 20, and again on July 23.

They performed the act under the sheets as other housemates were dead asleep but this time around, Esther and Frodd watched them as the lovebirds moved their bodies in ecstasy under the duvet.

There are reports that Khafi who works with the UK Police might be sanctioned for not obtaining permission to feature in the show.

Esther and Frodd watching Khafi and Gedoni under the Duvet 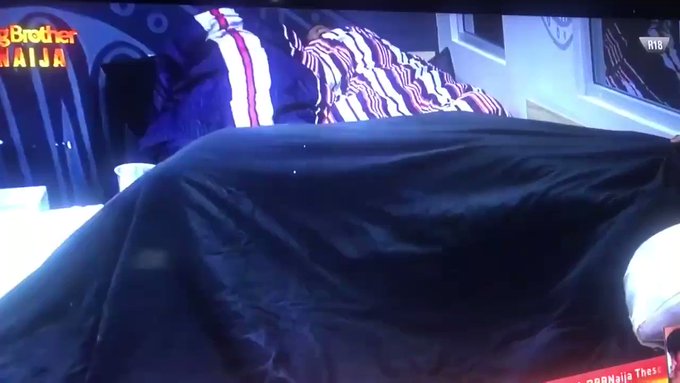 U.S. Government to support treatment of 37,000 HIV patients in Abia

. From Ndubuisi Orji, Abuja Members of the House of Representatives, on Wednesday, commenced debate on the...

U.S. Government to support treatment of 37,000 HIV patients in Abia