The United Nations has said that conflict had intensified in a region of South Sudan since a peace deal was signed last year, with hundreds of civilians raped or murdered by warring factions.

The UN Mission in South Sudan (UNMISS) on Wednesday said civilians had been “deliberately and brutally targeted” in the Central Equatoria region since the agreement was inked in September.

In its latest human rights report, UNMISS has documented 95 separate incidents of violations and abuses in the period from September 2018 to April 2019.

At least 104 people have been killed in 30 attacks on villages in the southern region, it said.

A roughly similar number of women and girls were raped or suffered other sexual violence between September and April, with many taken captive by armed groups to serve as “wives”.

The surge in violence has forced more than 56,000 civilians to flee their homes, becoming displaced in South Sudan itself, while another 20,000 have crossed the border into Uganda and the Democratic Republic of the Congo.

The conflict has been marked by ethnic violence and brutal atrocities, which claimed about 380,000 lives while some four million have fled their homes.

Battles between members of Machar’s Nuer community and Kiir’s Dinka people were characterised by brutal violence on both sides, rape and UN warnings about “ethnic cleansing”.

UNMISS said overall there had been a “significant decrease” in violence across the country since Kiir and Machar signed the deal.

“However, Central Equatoria has been an exception to this trend, particularly in areas surrounding Yei, where attacks against civilians have continued,” the report said.

The report identified government forces, fighters allied to Machar and rebel groups who did not sign the peace agreement, as responsible for atrocities in their quest to take territory in Central Equatoria.

In the first phase of fighting, that coincided with the signing of the peace agreement, at least 61 civilians were killed in deliberate attacks or caught in the indiscriminate crossfire.

“At least 150 civilians were also held in captivity by these groups, including women and girls taken as ‘wives’ by commanders or raped and beaten by multiple fighters,” the report said.

The second outbreak of violence began in January, when government forces punished those believed to be rebel collaborators with “sexual violence as well as looting and destroying homes, churches, schools and health centres”.

Under the peace deal, Kiir agreed to set up a unity government with longtime rival Machar, who is to return from exile.

But the formation of the new government, initially scheduled to take office on May 12, was postponed for six months. 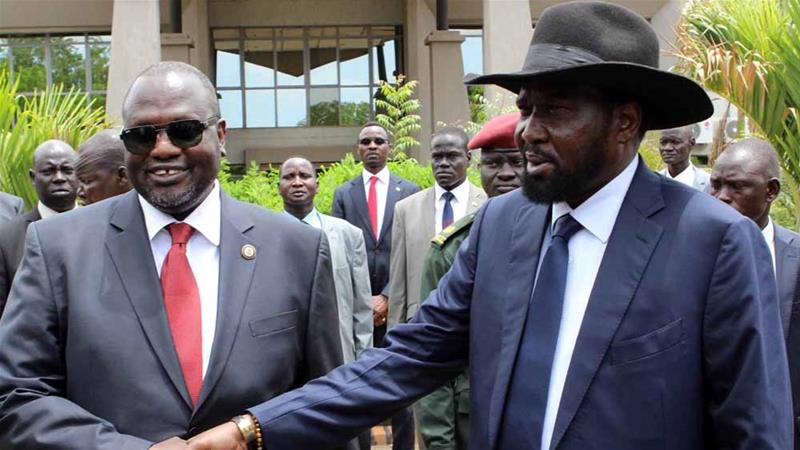 Umahi: RUGA plan suspended due to lack of consistency

The Plateau chapter of Christian Association of Nigeria (CAN) has condemned the recent attack on Jos custodial...