Davido has announced the acquisition of a new wonder on wheels, Lamborghini Urus, valued at $200,000, approximately N72 million street price.

Davido took to his Twitter on Sunday to ask his fans and followers if he should ship the new vehicle to Nigeria or keep it in his Atlanta garage.

Keep here or ship to Naija ??! 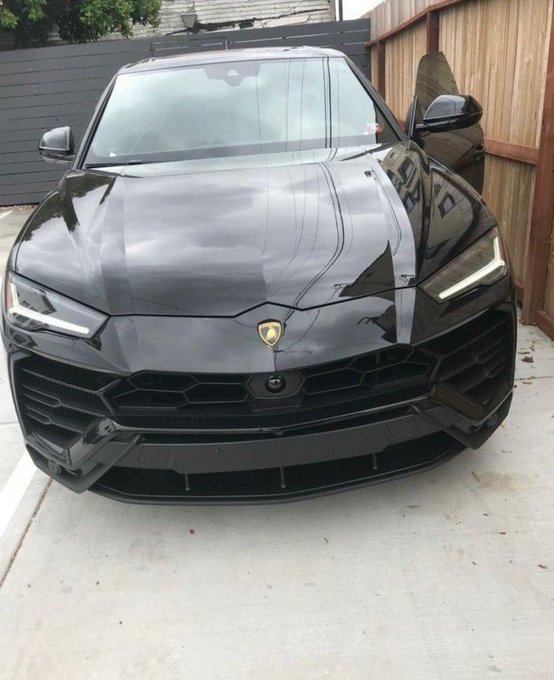 “Lamborghini Urus integrates a V8 bi-turbo engine with a maximum power output of 478 kW / 650 HP, the best weight-to-power ratio on the SUV market. For this reason, Urus’ performance level is unrivalled.

“The 8-gear automatic transmission, together with the permanent 4-wheel drive system with active torque vectoring, enable the driver to perform exceptionally on every occasion and in every situation.

“Urus can be enjoyed whether in the city, on the racetrack, on a snowy mountain, on gravel country roads or in the desert. The torque is directed mainly to the rear axle, so that the general dynamic behavior is sport-oriented.

Davido’s latest car acquisition makes it the last in 2019 after he went on a car shopping spree for members of his 30BG.

On March 7, 2019, Davido announced that he was picking out whips to reward his crew, and Lati was supposed to be the last to get his own.

Lati’s gift pack reached him a few days after when he took to Instagram to thank the singer for being so generous with a new red Benz worth N70 million.

Also, another member of the 30BG, Aloma was rewarded with a Benz worth several millions of Naira in March 2019.(NAN)

Faces of The Sun Awards recipients

From Okwe Obi, Abuja  To Safeguard the privacy of citizens, the Federal Government has announced plans to...