More than 300,000 people displaced as Kerala, Karnataka and Maharashtra states are hit by devastating floods.

Floods have killed at least 100 people and displaced hundreds of thousands across much of India with the southern state of Kerala being the worst hit, authorities said.

With rains predicted to worsen in the coming days, the federal government ordered military teams to form rescue units and airlift food to stranded villages across Kerala.

At least 48 people have died since Thursday in floods in Kerala, where the beaches and hill resorts are a major international tourist magnet, state police spokesman Pramod Kumar told the AFP news agency.

In neighbouring Karnataka, at least 24 people have been killed with nine people missing. The western states of Maharashtra and Gujarat have also been badly hit by annual monsoon storms.

Media reports said at least 27 people have lost their lives in Maharashtra, with several major roads closed by the flooding.

Indian Army has intensified its relief & rescue operations in the states of Maharashtra, Karnataka, Kerala & Tamil Nadu. As on 10 August a total of 9 Relief Teams, 12 Engineer Teams are providing assistance to the flood affected persons of Kohlapur & Sangli in Maharashtra. 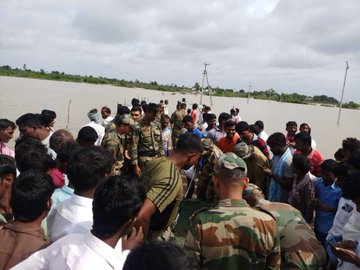 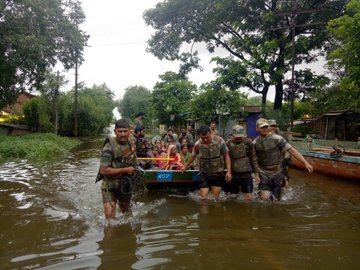 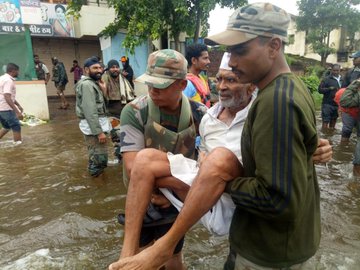 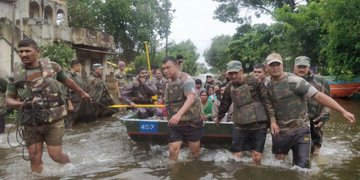 113 people are talking about this

Over 300,000 people have been evacuated or rescued across the three states.

The chief minister of the state of Karnataka, home to India’s technology hub, Bengaluru, said the floods were the worst in the state in 45 years, Reuters News Agency reported.

Storm accidents also killed at least eight people in the key Gujarat cities of Ahmedabad and Nadiad in western India. 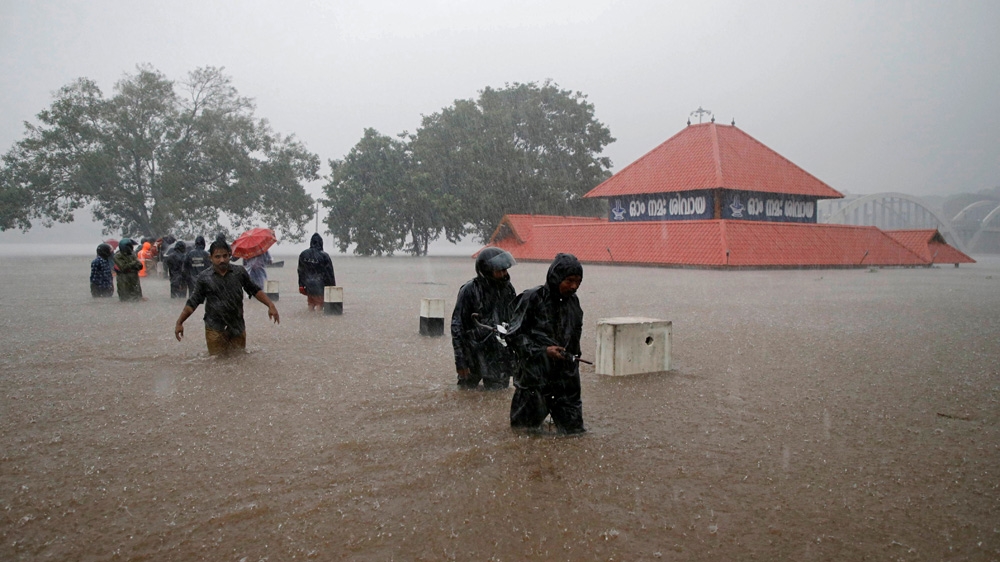 Over 300,000 people have been evacuated from flood-hit areas [Sivaram V/Reuters]

At least 80 landslides have hit Kerala in two days, according to authorities, who opened the gates of Banasura Sagar Dam in Wayanad district on Saturday to manage water levels.

Typically, about 70 percent of India’s rainfall occurs during the monsoon season between June and September. The rains are fundamental to agriculture, but often kill hundreds in the resulting floods.

In Kerala last year, more than 200 people were killed and five million were impacted in the state’s worst floods in 100 years.

Some residents have said the sudden opening of dam gates without proper warnings to those living downstream added to the devastation.

While Karnataka, Kerala, and Maharashtra have been the worst hit this year, several Indian states including Assam and Bihar also witnessed deadly floods in recent days.

WHO pledges to use every tool to fight COVID-19

Oil rises on signs of firmer demand, fall in US crude stocks

Neighbours at war again in Taraba

SSOPEC lauds Buhari over Gambari appointment as CoS

Oladele Olusanya: What Alaafin of Oyo told me

Neighbours at war again in Taraba