In a statement released on Wednesday, Human Rights Watch (HRW) and Swiss NGO TRIAL international said three women accused Jammeh of rape and sexual assault while he was in office between 1996 and 2017.

Jammeh’s administration was notorious for its brutality and corruption, but it was the first time that sexual abuse of women was extensively and publicly documented.

“Rape and sexual assault are crimes and Jammeh is not above the law – and no woman is beneath it,” he added.

The investigation was based on evidence from four women, eight former Gambian officials, and several other witnesses, the rights groups said.

Jammeh had “protocol girls” who were required to be on call to provide him with sex.

He “handpicked young women to satisfy his sexual fantasies”, according to a top aide quoted.

The findings also alleged as an inducement, Jammehwould lavish gifts on them or provide support for their impoverished families, or offer a scholarship to study abroad.

They were required to live next to his residence and were barred from leaving without his authorisation. If they refused his sexual demands, he would threaten or hit them, according to testimonies.

The “protocol girls” were overseen by his female cousin, Jimbee Jammeh, who also procured other women for him, the statement said.

One of the victims was Toufah Jallow, then an 18-year-old drama student, who was the 2014 winner of the main state-sponsored beauty pageant, which Jammeh had lauded as “a means to empower girls”.

Over six months, she refused his advances, rejected his offer to become a “protocol girl”, and a proposal to marry him, Jallow said.

After aides brought her to attend a pre-Ramadan Quran recital at the State House, Yahya locked her in a room, hit and threatened her, injected her with a liquid and raped her, according to her testimony.

Gambia has set up a Truth, Reconciliation and Reparations Commission (TRRC), modelled on South Africa’s post-apartheid body, to shed light on Jammeh’s reign.

In addition to Wednesday’s revelations, the former leader is also accused of spiriting hundreds of millions of dollars out of state coffers while serving as president.

The 54-year-old is currently in Equatorial Guinea, where he sought exile after losing the 2016 presidential election to Adama Barrow. Jimbee Jammeh fled with him.

Marion Volkmann-Brandau, who led the research, called on TRRC to initiate proceedings against the ex-president, adding it was “time for the ‘shame’ of rape to switch sides”.

“These admirable women broke the culture of silence. It is now crucial that the TRRC and the government give them a path to redress and justice,” she said. 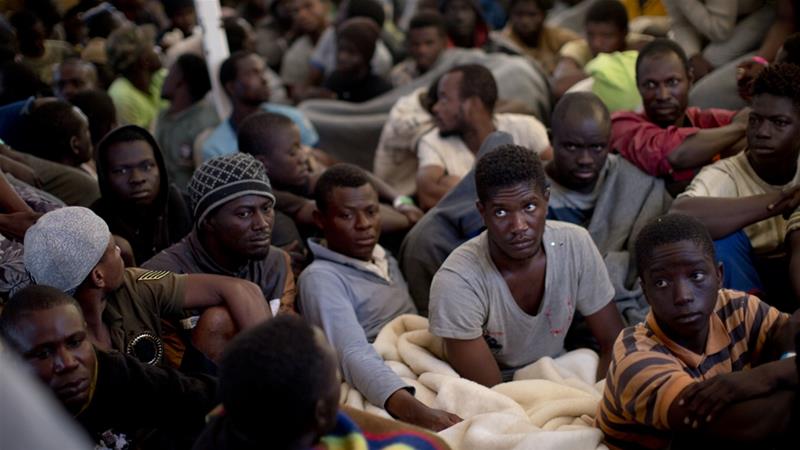 How to succeed as a youth entrepreneur, Ayrubber tells Nigerian Youths

Handwashing without soap a waste – UNICEF

Minister’s visit not in our interest – Ogoni group

Military holds parley with journalists on peace-building in North East

Nigeria gets $2 billion pledge for advancement of mining sector

Minister’s visit not in our interest – Ogoni group

Military holds parley with journalists on peace-building in North East