How close are Iran and the US to war?

Analysts weigh in on fast-moving developments after Iran shot down a US drone and Trump reportedly planned an attack.

The United States appears to have pulled back from a military confrontation with Iran after US President Donald Trump confirmed he aborted attacks against Tehran over its downing of an unmanned American drone because such a response would not have been “proportionate”.

In a series of Twitter posts on Friday, Trump said the US was prepared to strike three different Iranian targets, but he called off the attacks “10 minutes” before their launch.

“I asked, how many will die. 150 people, sir, was the answer from a General. 10 minutes before the strike I stopped it, not proportionate to shooting down an unmanned drone,” he said, adding that he was “in no hurry” to confront Iran.

The US and Iran have been locked in a tense standoff since Trump pulled out of a multi-lateral accord that curbed Tehran’s nuclear programme last year and reimposed crippling economic sanctions.

The tensions escalated in recent weeks following suspected attacks on six commercial tankers in the Gulf, and reached a fever pitch on Thursday when Iranian forces announced they shot down a US spy drone.

Iran claims the aircraft violated its airspace, but Washington said it was hit above international waters.

Iran’s elite Revolutionary Guard Corps (IRGC) said on Friday that a second manned US aircraft was flying close to the Navy RQ-4 Global Hawk that was downed, but said Iranian forces chose not to attack the plane as it carried about 35 crew.

“Iranian forces have shown our national security is a red line. We gave a warning to this drone in two steps. And several times in each step. This drone has a communications system that transfers the message back to base. Unfortunately they did not respond. We gave a last warning at 3:55am and when it continued into our territory, it was shot down at 4:05am,” he told reporters.

The latest developments have prompted alarm across the world, with a number of global airlines re-routing flights to avoid the region. UN Secretary General Antonio Guterres, meanwhile, called for de-escalation and dialogue. He urged leaders in Washington and Tehran to have “nerves of steel”.

While war seems to have been averted, at least for now, but much remains uncertain.

Al Jazeera spoke to analysts on what could happen next:

Trita Parsi, a professor of Middle Eastern politics at Georgetown University and the former president of the National Iranian American Council, said Trump’s advisers, including Secretary of State Mike Pompeo and National Security Advisor John Bolton, should shoulder much of the blame for the current tensions.

“We are in territory that is extremely dangerous, the president did the right thing in taking a step back. It’s quite clear that he’s been misled by his advisers who, just like in Venezuela, have advised him to pursue a very aggressive policy that has actually cornered him, and now he has less and less good options at his disposal.

“It could be that this measure is sufficient to signal to the Iranians that the US is ready and willing and capable of hitting them very very hard and Trump may believe that that suffices for him to say that he has restored deterrence.”

Both sides need to “back off and find a way to the negotiating table,” said Parsi. However, Iran was unlikely to heed US calls for talks as long as the economic sanctions remained in place.

Iran would be wise to offer a muted response to Trump’s Friday move, he said. 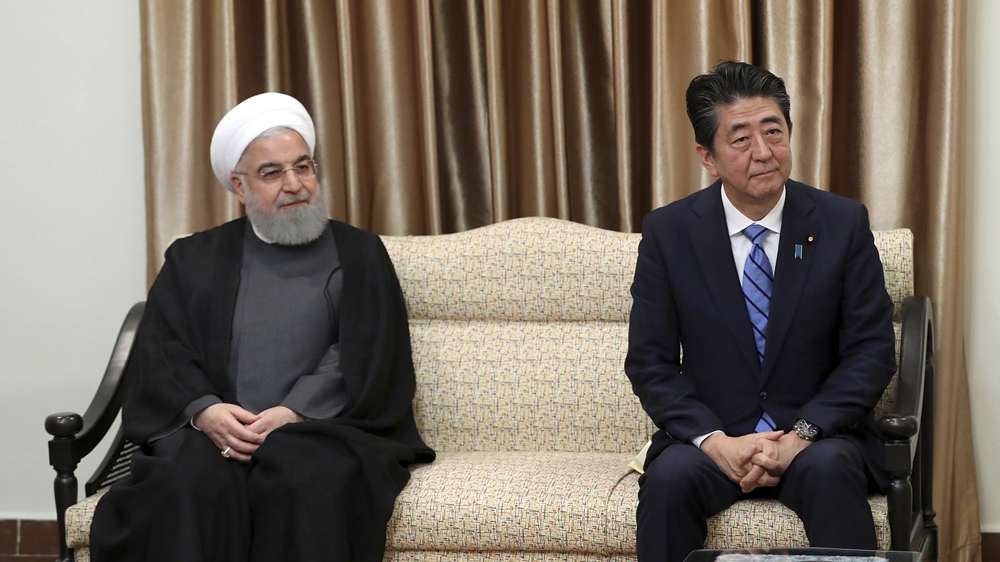 Diplomatic efforts by leaders who enjoy a good relationship with both the US and Iran could be key to defusing tensions, Parsi says [File: Office of the Iranian Supreme leader via AP Photo]

‘Iranians do not trust US’

Mohammad Marandi, head of the American Studies department at the University of Tehran, said Iranians have little faith in the US, and Trump’s decision to pull back from the planned attack was unlikely to improve relations as long as the punishing sanctions remained in place.

“I don’t think Trump is respected by anyone whether he orders a stand-down or not. You can ask families who lost family members due to lack of medicine, especially for cancer patients, what they feel about Trump and the US government,” he said from Tehran.

The “real deterrent” in the current situation was the fact “the Iranians were able to down the most advanced American drone using stealth technology with an Iranian-made surface-to-air missile,” he said, adding that Trump may have stood down because he recognised any Iranian response to a US attack would be “relentless and disproportionate”.

In such a scenario, Iran was also likely to target US allies in the region, including Saudi Arabia and the United Arab Emirates, where the drone that was shot down reportedly took off from.

“I think it would be an enormous miscalculation on the part of the Americans to assume that the Iranian response to any strike would be limited.

“It will be larger than the initial strike, it will be disproportionate, and it will be relentless. And it will not only target the aggressor, it will target those countries – like the United Arab Emirates or perhaps Saudi Arabia – that allowed the US to carry out this attack.” 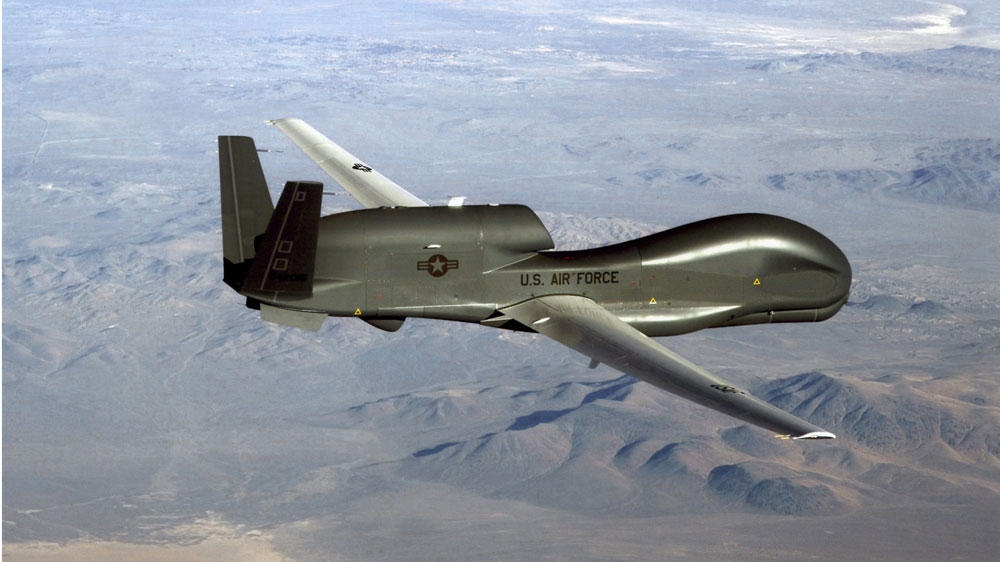 ‘All will pay the price’

Mahjoob Zweiri, director of the Gulf Studies centre at Qatar University, said Trump’s actions towards Iran are designed to appeal to his support base in the US ahead of the 2020 presidential elections.

“He has done what will make [his base] happy, he has withdrawn from the [nuclear] deal, he imposed sanctions, he basically made sure the economy of Iran was really falling apart. He has done everything he has promised his base.

“Trump’s main focus is a second term. If any military action against Iran will affect this badly, he will never do it.”

Zweiri said the escalating series of incidents in the Gulf may be an Iranian ploy to pile up pressure on the international community to act and protect Tehran from US sanctions.

“They want to push more for the international community to act, to mediate, to push, to pressure the United States, to have a dialogue because this status quo is collapsing their economy and will have serious ramifications on the stability of the regime in Iran.

“I think that’s the reason why they push this type of confrontation to the edge, they want different parties, different countries to intervene.

Andreas Krieg, lecturer at School of Security Studies at Kings College London, said Washington and Tehran have reached a “tense tipping point”, where any further friction would escalate into open war. Both sides have shown restraint because of that, he said.

“Both sides understand there is very little you can do in terms of surgical strikes without blowing this powder keg open. And I think that’s why we are now at this very tense tipping point, where both sides should agree and should understand there is no further pushing the envelope without going into a major combat operations. And at this point, I think diplomacy is very ripe.” 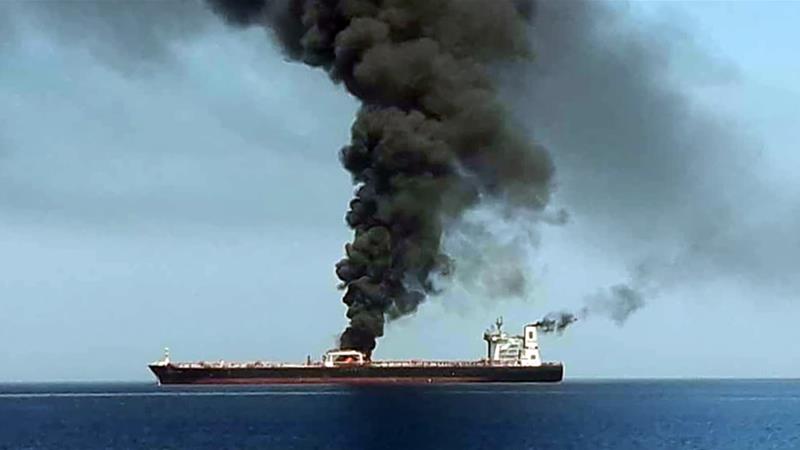 2023: North central is tired of playing the second fiddle, we want to be president – Saraki group

Vaccine inequality will affect progress in fight against COVID-19 – FG

By Chinenye Anuforo   In recognition of its innovative contributions to the finance and sustainability sector,...

2023: North central is tired of playing the second fiddle, we want to be president – Saraki group