Iran-US tensions: Iran says it warned US drone before shootdown

Stand-off between Washington and Tehran escalates after Iranian forces shoot down US drone.

(AL JAZEERA)Fears of war between the United States and Iran have intensified after a US drone was shot down by Iranian forces.

Iran said it downed the unmanned aircraft in Iranian airspace. The US said the drone was in international territory when it was hit by a surface-to-air missile.

US media reported early Friday that US President Donald Trump prepared to attack Iranian installations in response, but ordered his military to stand down at the last minute.

The quickly moving events have provoked international alarm and prompted concern the stand-off could escalate into open conflict in the war-torn Middle East.

Here are the latest updates:

The United Arab Emirates (UAE) based carrier Emirates Airlines was re-routing flights away from areas of possible conflict in the Gulf amid the heightened US-Iran tensions, a spokeswoman for the company said.

“The re-routings have minimally affected the arrival/departure timings of some flights,” the spokeswoman said, without naming specific countries or provinces that are being avoided.

“We are carefully monitoring the ongoing developments and  … will make further operational changes if the need arises,” she added.

#FAA issued #NOTAM warning pilots that flights are not permitted in the overwater area of the Tehran Flight Information Region until further notice, due to heightened military activities and increased political tensions. https://twitter.com/faanews/status/1141915586987012103 … 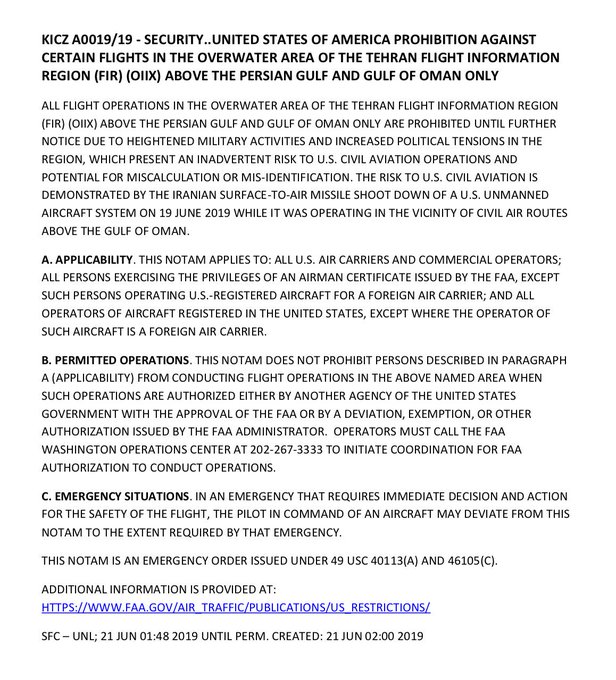 #FAA Statement: The FAA has issued a Notice to Airmen (#NOTAM) prohibiting U.S.-registered aircraft from operating over the Persian Gulf and Gulf of Oman. The NOTAM applies to all U.S. air carriers and commercial operators. 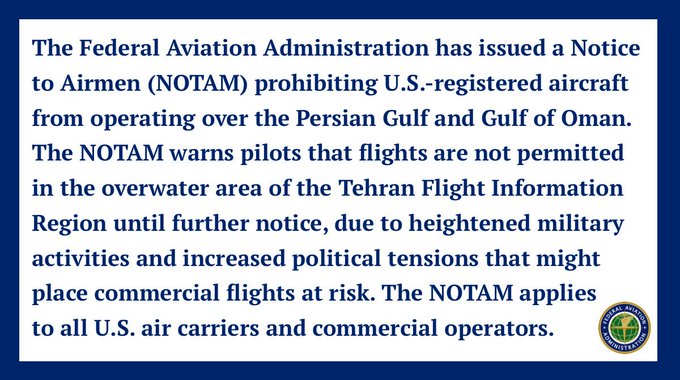 Iran has no right to answer diplomacy ‘with military force’: US

Brian Hook, the US special representative on Iran, accused Tehran of being responsible for escalating tensions in the region and said it had no right to respond to diplomacy “with military force”.

“Iran is responsible for escalating tensions in the region. They continue to reject diplomatic overtures to de-escalate tensions,” he added.

Earlier on Friday, bin Salman said in a tweet that he had discussed the latest “Iranian attacks” with Hook during the pair’s meeting, adding he had “affirmed the kingdom’s support” for Washington’s so-called “maximum pressure” campaign on Tehran.

Pleased to meet with United States Special Representative for Iran Mr. Brian Hook to explore the latest efforts to counter hostile Iranian acts and continuous escalation that threaten the region’s security and stability.

Iran says it warned US drone

Iranian state television broadcast images of what it said was debris from the downed US drone recovered inside its territorial waters.

The broadcast showed a short clip of an Islamic Revolutionary Guard Corps (IRGC)general answering journalists’ questions in front of some of the debris that he said had been recouped from Iranian waters.

Iran gave two warnings before downing the US drone over the Gulf of Oman, said Brigadier-General Amirali Hajizadeh, the commander of the IRGC’s aerospace arm.

“Unfortunately, when they failed to reply… and the aircraft made no change to its trajectory … we were obliged to shoot it down,” Hajizadeh said. 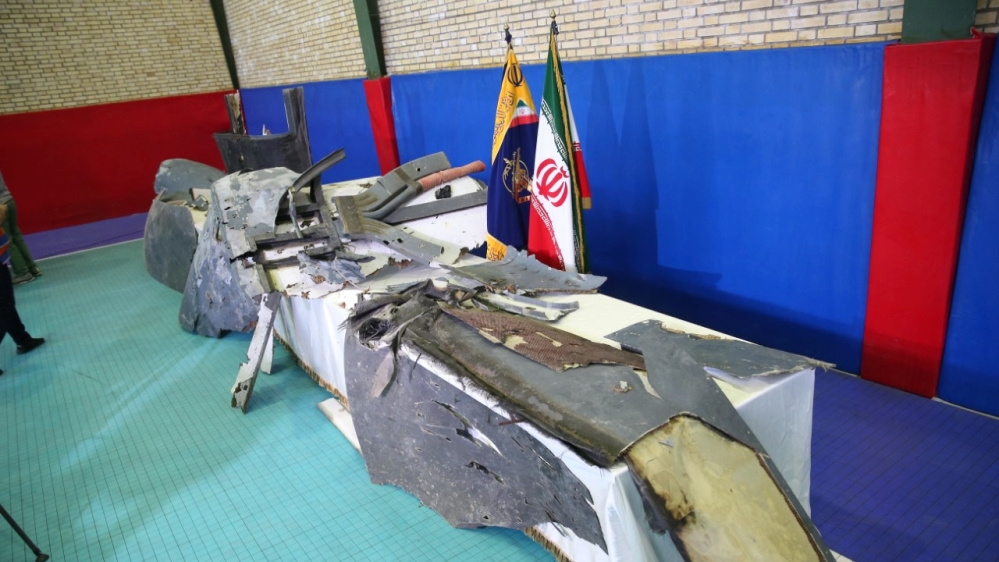