It capped an 11-year-long career at pro wrestling’s biggest promotion, which has been laden with disappointments, setbacks and near misses.

“My journey to this point has been a big struggle. But after all these years that WWE’s been around, for me to be the first Africa-born champion is awesome,” 37-year-old Kingston, whose real name is Kofi Nahaje Sarkodie-Mensah, told Al Jazeera.

Kingston, who moved to the United States at the age of two, is back in Ghana this week for the first time in 26 years. He admits he could have done more to immerse himself in Ghana’s culture but is desperate to make up for the lost time.

“To go back and reconnect with my roots is important. And now to go back as WWE champion, it means so much more … to be able to go and talk to kids and provide a sense of motivation and inspiration is so powerful.” 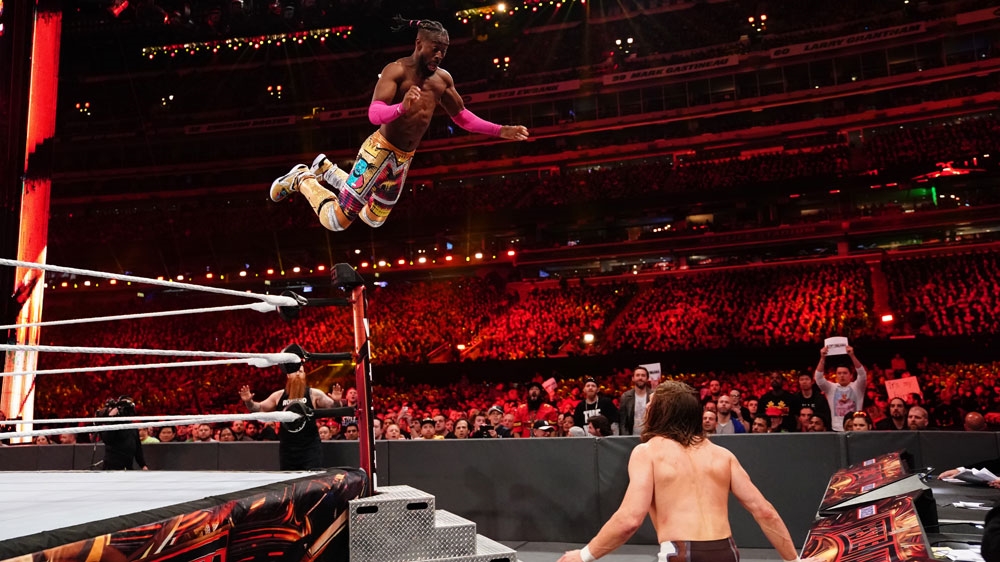 But it remains to be seen how Kingston will be welcomed back in Ghana since he has not been in the public eye until now, according to Ghanaian sports writer Gary Al-Smith who added that things will depend very much on Kingston’s actions rather than words.

“Wrestling is not considered a major sport in Ghana and Kingston becoming champion hasn’t changed that,” said Al-Smith.

“People here don’t see him as identifying himself as Ghanaian so being a role model for youngsters will be difficult.”

Scepticism may exist over his ambitions in Ghana but proving doubters wrong is something Kingston has made a career out of.

Becoming a WWE world champion seemed a distant possibility. He faced a long struggle ever since being signed up by WWE after impressing on the independent circuit.

His size was always a major doubt – 1.83 metres (six feet) tall and weighing 96kgs (212 pounds). He is far smaller than more traditional world champions like The Rock, John Cena and Hulk Hogan.

Having quit a lucrative career in advertising to follow his dream, Kingston had a tough time being recognised as the main event talent.

“People told me I wouldn’t be able to make it as I don’t fit the WWE superstar mould … they would say I’m too small, or that I wasn’t big enough, and that I wasn’t strong enough.”

Year after year, he was forced to watch new talent arrive, surpass him, and capture the belt he craved. But despite his dream seemingly being out of reach, quitting was never an option.

“When it seems like the door is closing, you have a choice whether you want to stop fighting and do something else … or you can keep fighting and break those doors down.”

His patience and persistence would finally prevail with an opportunity seemingly out of nowhere: an injury to up-and-coming star Mustafa Ali in February saw Kingston flung into a rivalry with world champion Daniel Bryan.

He finally captured the title he dreamed of. 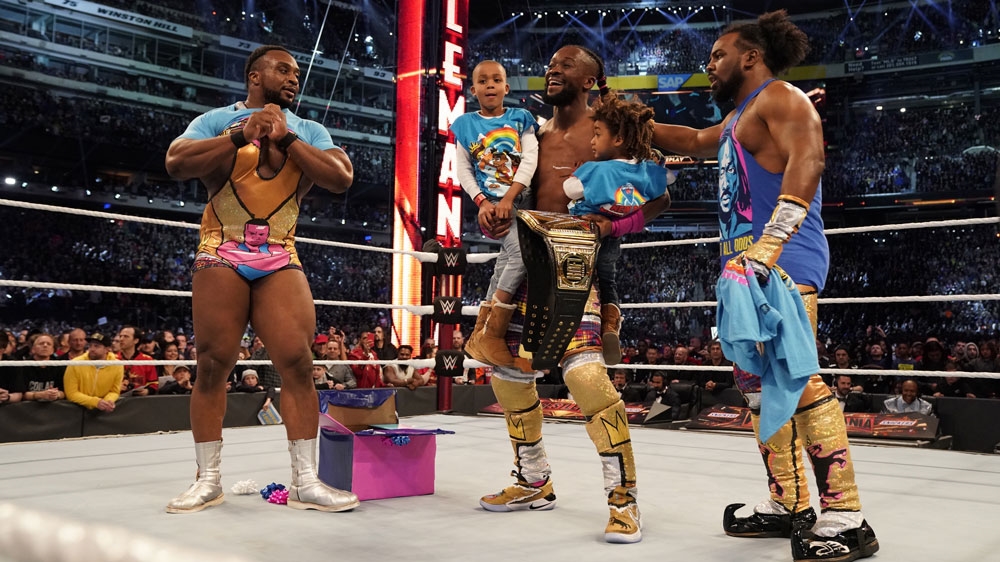 In 2009, he dropped the fake Jamaican accent to be the real Kofi [WWE]

While Kingston’s victory has been celebrated by the majority of wrestling fans, his rise to prominence also prompted debate on social media over one issue in particular.

WWE has been criticised for not doing enough to promote black wrestlers. Kingston is only the fourth black world champion since the Capitol Wrestling Corporation, which later transformed into WWE, came into existence in 1952.

The debate was fuelled by a Twitter video posted by one of Kingston’s friends, fellow African American wrestler Big-E, in the build-up to Wrestlemania.

In it, he said: “People like us will only get so far,” adding, “they’ll let you climb the mountain, but as far as getting to the peak and staying at the peak…it’s not a thing.”

Kingston admitted the video was a conscious move to provoke thought.

“We used the term people like us and left it intentionally open-ended and open to interpretation,” said Kingston.

“It can mean people like me. Size-wise, I’m not your prototypical WWE champion. But it can also mean the fact that we have had very few African American champions up until this point.”

Kingston’s long wait to win the belt and the lack of black world champions is indicative of wider issues in the US, according to Forbes pro-wrestling writer Alfred Konuwa.

“WWE is a microcosm of society and the US as a whole,” said Konuwa.

“There’s an old saying that many black parents convey to their children that when you’re black in this country, you have to work twice as hard to get half as far.”

Konuwa suspects WWE realised they needed to be more diverse with who they place as their top guy and that could have been a factor behind their decision to finally give Kingston his chance.

“I think it’s a positive move. It speaks to complaints that minority wrestling fans have had forever. It’s unfortunate that it took this long.”

WWE Ambassador Mark Henry does not think there is a diversity problem within the promotion.

“Fifteen years from now, there might be another two or three black wrestlers that come into the industry, and they were inspired by Kofi Kingston,” Henry told TMZ.

“It’s starting to get there but it takes times. I’m glad I’m one of those people who got to do it. It’s becoming more commonplace.”

Kingston, meanwhile, wants his reign as world champion to be all about positivity and hopes that the challenges he has overcome can be a “beacon of light” to anyone striving to fulfil his dreams.

“I’m living breathing proof that anything can happen if you keep on fighting.” 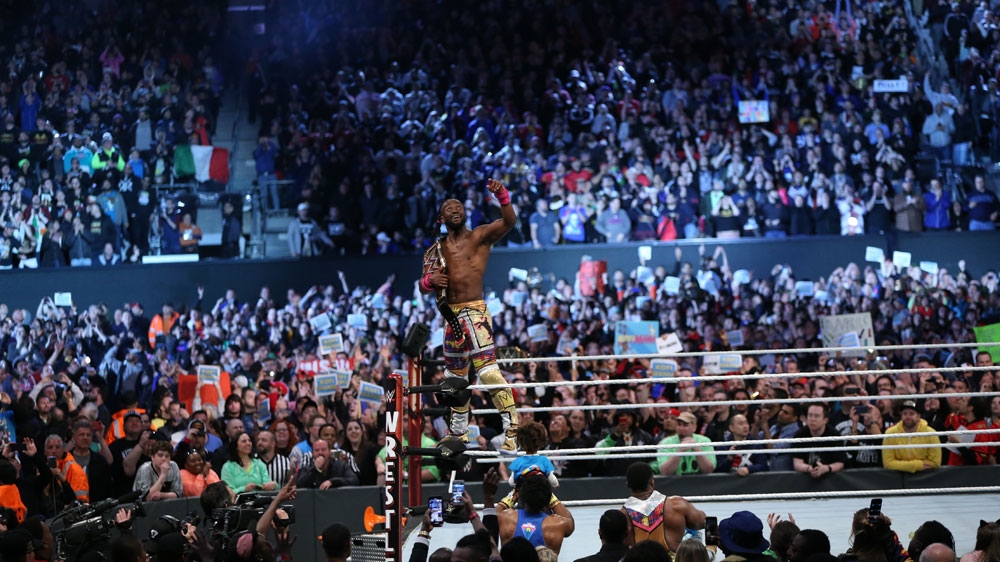 Breaking News, Nigerians can now work in Nigeria and get paid in US Dollars, click hereto apply today.
Tags: Kofi Kingston: WWE's first Africa-born world championPeople told me I wouldn't be able to make it as I don't fit the WWE superstar mould

What makes a brand to be the entertainment industry leader

Philippines sends trash back to Canada

Insecurity: Useni orders farmers to defend themselves, crops against bandits