MEET 18 Year Old Conjoined Twins Who Can NEVER Be Separated Neev and Nelly Kolestein, from Amsterdam, have been attached by the backs of their heads for their 18 years of life, but have their own brains and bodies.

Despite only ever seeing each other through a reflection in a mirror, Neev and Nelly have formed an unbreakable bond and admit they would never want to be separated from each other.

Doctors didn’t think they would survive birth, and if they did, they predicted they would live a poor standard of life until they reached 10 years old. As Craniopagus twins, the girls are a medical phenomenon; representing just two to six percent of conjoined twins worldwide, they are the rarest form.

Proving all the odds wrong, Neev and Nelly are still thriving as 18-year-old girls, who can never be separated due to sharing an important vein in the head.

They are unable to be separated because they share a main artery in the head which keeps them alive, the family said. 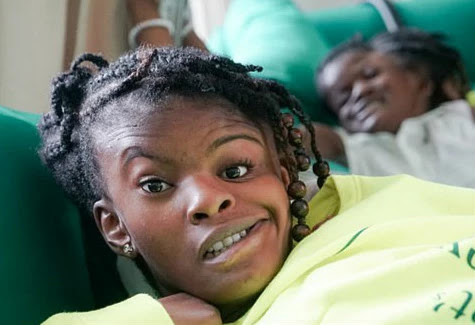 Living in Amsterdam, Netherlands, they have now started their own YouTube channel and Instagram page, aiming to raise awareness of their condition and show people how they are much more than just ‘the girls with a disability’.

Federation inaugurates committee to investigate board

Yuletide: Police ban use of fireworks in Enugu