The accused were charged with crimes against the state, attempting to kill the president, and the deaths of 249 people.

( AL JAZEERA )A Turkey court sentenced 17 top former military officials to 141 life terms on Thursday in one of the largest trials related to the 2016 coup attempt.

The verdicts involving 224 suspects took place at a court in Sincan prison in the capital, Ankara.

The accused were on trial on charges of crimes against the state, leading an armed group, attempting to assassinate the president, and the deaths of 249 people. The trial started in 2017.

Breaking News, Nigerians can now work in Nigeria and get paid in US Dollars Click here to apply today .
“Aggravated” life sentences for the 17 are the harshest prison terms in Turkey since it abolished the death penalty in 2002, as there is no chance for parole and conditions are extra harsh.

Turkey blames United States-based cleric Fethullah Gulen for the attempted coup on July 15, 2016 by a faction of the military.

Gulen has denied any role in the failed coup, which left 251 dead and more than 2,000 wounded. Turkey has failed to secure his extradition.

Among the defendants was former Air Force commander Akin Ozturk, who was accused of leading the “Peace at Home Council”, which allegedly coordinated the mutinous soldiers. He was the top suspect after Gulen.

Reporting from Istanbul, Al Jazeera’s Hashem Ahelbarra said Thursday’s trial was one of the most important among those held in Turkey since 2016, because it implicates Ozturk and Yazici as key players.

“They are accused of attempting to overthrow the government and for ceasing the headquarters of the military,” said Ahelbarra. “This explains why today they received some of the heaviest penalties handed down to the defendants.”

He noted Ozturk also faces another trial relating to his alleged role in attacks on the Turkish parliament.

“The upcoming trial is about the Akinci airbase in Ankara and one of the key defendants in the case is once again Akin Ozturk – who is accused of giving orders to fighter jets to take off from there and drop bombs onto the Turkish parliament in Ankara,” said Ahelbarra.

Twenty-six generals among those on trial also included Lieutenant-Colonel Levent Turkkan, who was the aide to then-chief of staff General Hulusi Akar. Akar was appointed defence minister in July 2018.

Of the defendants, 176 were now under arrest, 35 tried in absentia, and 13 still at large, Anadolu said. The trial of the 13 considered fugitives will continue separately.

There were heightened security measures outside the courtroom as drones flew above.

In April, Erdogan said in total 20,226 people have been convicted on charges related to the coup attempt.

Since July 2016, tens of thousands of people have been arrested over alleged links to the coup under a two-year state of emergency that ended last year.

But nationwide raids by police have continued and there are almost daily reports of public prosecutors issuing detention warrants for suspects over Gulen ties.

Nearly 290 coup-linked court cases have been launched, 261 of which ended with 3,239 defendants convicted, according to justice ministry figures. 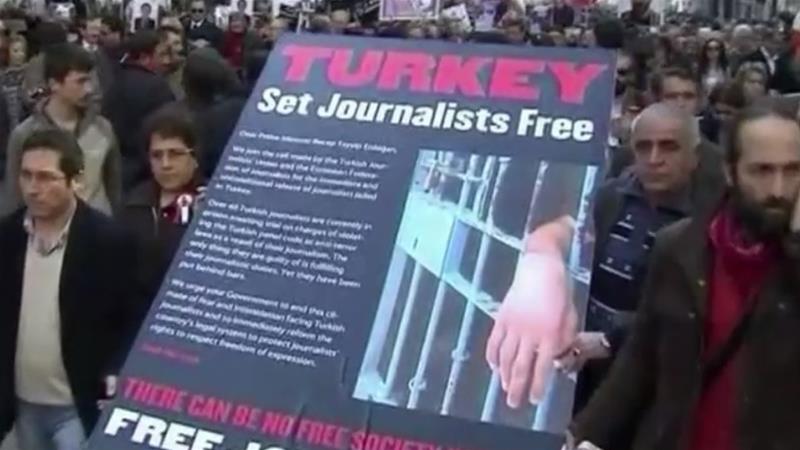 From Godwin Tsa, Abuja. The Abuja division of the Federal High Court on Thursday brought down the...