What does FIFA’s takeover of CAF mean for African football?

(AL JAZEERA) On Thursday, the worst-kept secret in African football was confirmed by no less than the president of the Confederation of African Football (CAF), Ahmad Ahmad.

With journalists from around the world gathered in Cairo for the Africa Cup of Nations, Ahmad revealed that CAF’s executive committee had requested FIFA’s intervention in its administrative processes.

Consequently, FIFA Secretary General Fatma Samoura would now be designated general delegate for Africa and would work with Ahmad as well as a team of experts to, among other things, oversee a forensic audit of CAF. Ahmad ended by reassuring the media that there was “no one better than FIFA to help”.

An official statement released later provided greater detail: Samoura would begin working with CAF on August 1 and continue till January 31 next year. Then, the statement added, there would be the option to extend her stewardship at the discretion of both CAF and FIFA.

Beyond the audit, she would “help to conclusively accelerate the implementation of the ongoing reform process destined to ensure that CAF functions with transparency, efficiency while abiding to the highest governance standards”.

Ahmad is currently under investigation by FIFA’s ethics committee and has been in the eye of the storm over allegations of corruption, financial misappropriation and sexual harassment.

Earlier this month, he was detained by the French police for questioning over allegations of corruption, but was released without charge.

The allegations relate to a deal brokered by French company Tactical Steel – owned by an allegedly close friend of Ahmad’s aide Loic Gerand – for the purchase of equipment at a significant mark-up from the price which had been quoted by German sportswear giants, Puma.

There have also been allegations of abuse of power in the summary dismissal of former CAF General Secretary Amr Fahmy, while more than a few eyebrows were raised when it was revealed that Ahmad had paid for a number of African football association heads to undertake the Hajj pilgrimage.

Most recently, CAF had to deal with a tricky situation involving the CAF Champions League final, which ended in controversy in Tunis.

Defending champions Esperance were handed the trophy, but only after opponents Wydad Casablanca refused to carry on playing after a second-half goal was ruled out.

With the Video Assistant Referee (VAR) equipment unavailable due to logistical bottlenecks, a situation Wydad claimed they were unaware of, it was impossible to review the contentious decision.

It led to a standoff on the pitch, with Ahmad himself seeking to mediate, but after an hour-long wait, the Moroccans forfeited.

That decision, which was in line with CAF’s rules, was set aside four days later in favour of a replay on a “neutral” ground, with the executive committee citing inadequate security in the second leg in Tunis.

This led to Tunisian Prime Minister Youssef Chahed referring to CAF’s handling of the situation as a “farce”.

It was a development with potentially far-reaching consequences, not least of which is the insistence of both teams of their rectitude, which could lead to complicated legal proceedings.

It could also inflame tensions at the Africa Cup of Nations: in the eventuality that Morocco and Tunisia meet at some point, there is a concern that relations between rival supporters could be strained to a breaking point.

More importantly, CAF’s unwillingness to honour its own rules and laid-down procedures undermines its credibility as a governing body. 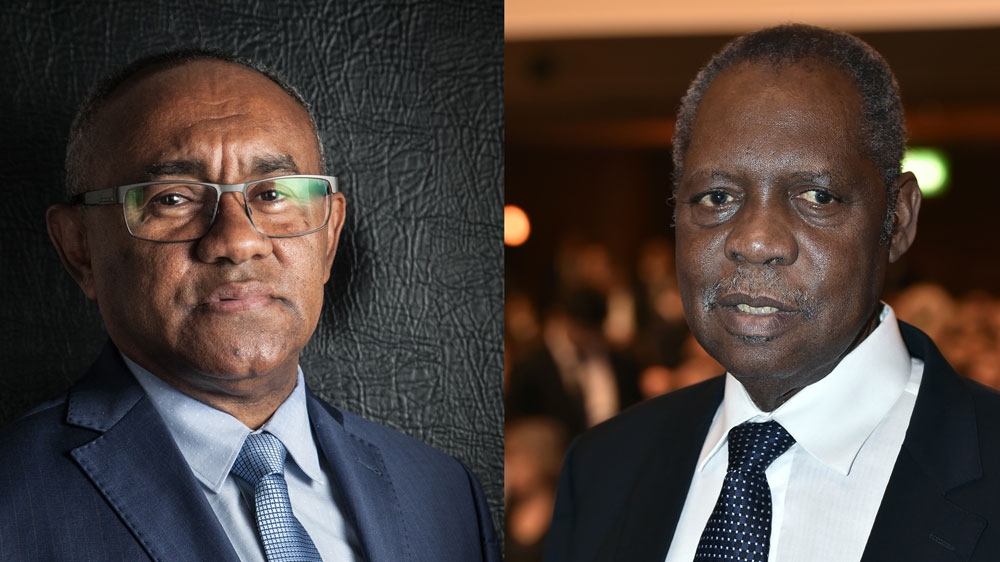 Bringing FIFA in to effectively help CAF in cleaning its house is, in some ways, ironic.

The Office of the Swiss Attorney General is currently investigating several cases of corruption in FIFA. Earlier this month, a Swiss federal prosecutor was forced to recuse himself after failing to disclose two private meetings held with FIFA President Gianni Infantino.

Therefore, despite FIFA’s careful moves, the sporting body has not entirely purged itself of suspicion. Whether it can do a proper job of helping a clean-up of CAF remains to be seen.

The reactions to the FIFA move have been swift and damning. The inference that CAF is unable to handle its own affairs and deal with its problems internally is one that is “a massive slap in the face of African football,” according to journalist and African football expert, Mark Gleeson.

“It retards a lot of the progress that has been made over the years and just goes to show how important good administration is to the game,” said Gleeson.

Critics also believe the FIFA move is an indictment on those entrusted with the responsibility to govern the continent’s football.

CAF’s 22-member executive committee has the power to solve the problems of African football, according to Osasu Obayiuwana, a lawyer and journalist. He insists the implications of a FIFA intervention in the running of the African game are grave.

“It is the responsibility of those 22 men to solve the problems of African football. If they are unable to do so, it says a lot about the quality of leadership African football has,” Obayiuwana told Al Jazeera.

There are reports that there was no unanimity within the executive committee concerning FIFA’s intervention. It is also unclear how Ahmad and Samoura will make their partnership work.

Experts said it seemed like a lifetime ago when Ahmad had swept to office on the back of tremendous goodwill, much of which is now eroded. By making CAF effectively a satellite of FIFA, they say he has taken African football into an uncharted territory.

Liverpool ride luck as own goal secures win at Ajax

Salzburg let Lokomotiv Moscow off the hook in 2-2 draw

Liberty For Everyone at ATCG

Full text of Buhari address to the nation

Full text of Buhari address to the nation