Why the Notre Dame fire was so hard to put out

The spire and most of the roof of the centuries old cathedral have been destroyed, but the two bell towers and the main edifice were saved.
Video released by the French Interior Ministry showed the scale of the response. Authorities deployed some 400 firefighters, pumped water from the Seine and flew drones to survey the damage.
The biggest problem, experts say, was accessing the wooden ceiling beams which formed the frame for the soaring roof.
“It was pretty evident in the first 20 minutes that it was going to be a bad fire,” said Gregg Favre, a former firefighter with the St. Louis Fire Department in the United States.

After my last tweet, I got a couple DMs asking firefighting related questions about the #NotreDameFire.

I -like most of you- are watching from a world away. But if you’re interested in some profession specific things I’d note/be concerned of, you can follow this thread. pic.twitter.com/golMnbYsDK

The fire fighters would have been at a disadvantage “before they ever even pulled out of the firehouse,” added Favre. 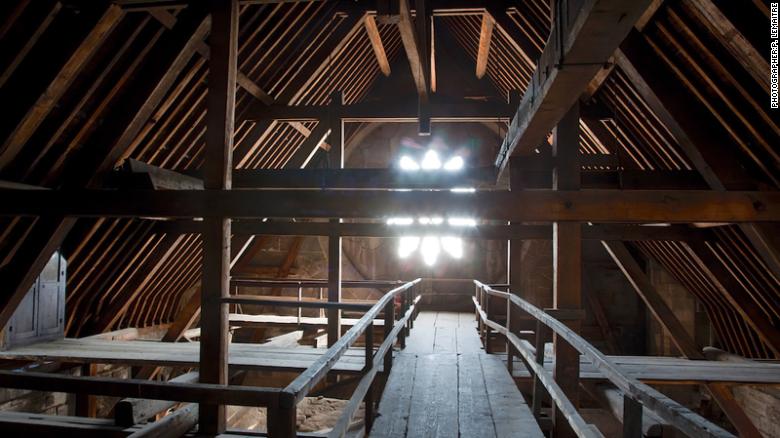 The cathedral’s ceiling contains thousands of oak beams, some of which date as far back as the 12th century.
Once the beams start burning, the stone exterior makes it harder for firefighters outside the building to get to the source of the flames. The stone traps heat and smoke, preventing them from working inside. 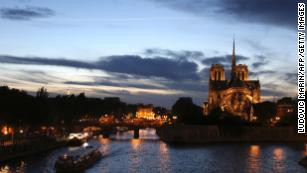 Measuring the architectural loss of Notre Dame fire
The Notre Dame’s height also posed a challenge, providing extra oxygen for the fire to breath and complicating efforts to reach the flames.
“The fuel load is way up in the air, and the firefighters can’t get to it quickly,” said Glenn Corbett, associate professor of fire science at New York’s John Jay College of Criminal Justice. 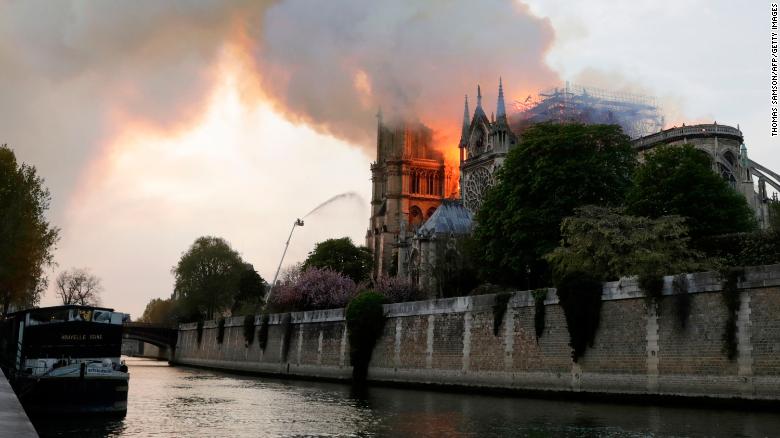 Flames and smoke are seen billowing from the roof of the Notre Dame.
Aerial options like the one suggested by US President Donald Trump were also considered unrealistic.
“Perhaps flying water tankers could be used to put it out. Must act quickly!” Trump said in a tweet.
But according to Corbett, no plane pilot could drop water “exactly in that one spot moving several hundred miles an hour over it.”
Corbett also ruled out the use of helicopters: “One of the issues you’ve got here, is that thermal updraft, that’s a chimney effectively, you can’t fly a helicopter in hot air. The air is so thin.” 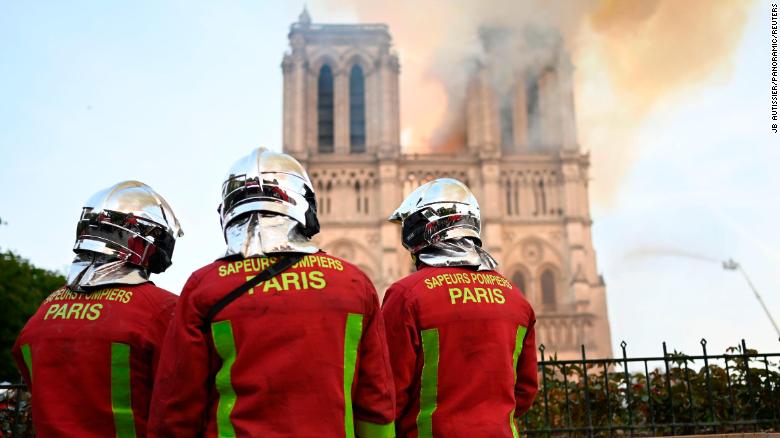 Firefighters stand near Notre Dame.
The French civil security agency, Securite Civile, said in an apparent reference to Trump’s suggestion that any aerial water dumping could “weaken the structure of Notre-Dame and result in collateral damage to the buildings in the vicinity.”

Hundreds of firemen of the Paris Fire Brigade are doing everything they can to bring the terrible #NotreDame fire under control. All means are being used, except for water-bombing aircrafts which, if used, could lead to the collapse of the entire structure of the cathedral.

Despite the huge challenges, the 400 firefighters were able to save a significant proportion of the cathedral.
Thomas Von Essen, a former commissioner of the New York City Fire Department who served during the September 11 attacks, said a photograph of the interior was encouraging.
“It’s not, you know, 30 feet of debris … stuff that’s going to be smoldering for days. It looks like they got this fire out,” said Von Essen. 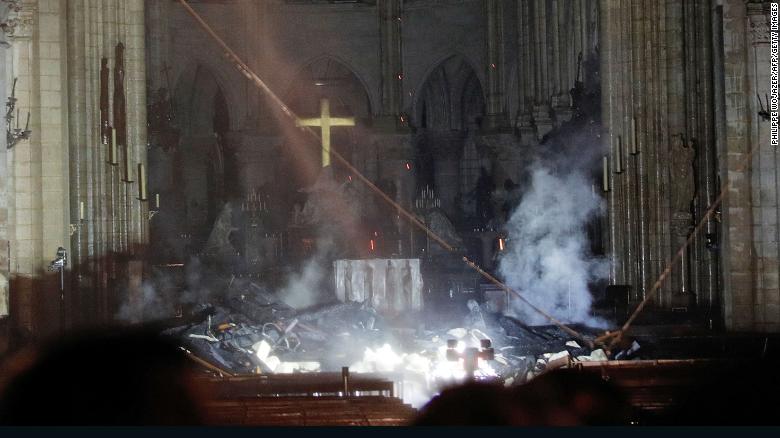 Smoke rises in front of the altar cross the cathedral.
“The fact that they were able to control the fire spread as much as they did and save a large portion of the building, including the two bell towers, it’s a tremendous effort,” said Favre.
“I think any firefighter that you ask that does this for a living would tell you that this is a significant firefighting event and those firefighters should be praised significantly.”

Fresh trouble looms in varsities as ASUU protests half salary

Burundi schoolgirls expelled for doodling on President's image in textbook

Ebonyi 2023: Umahi not behind my guber ambition – Odii

Lecturers under the aegis of the Academic Staff Union of Universities have received full salaries for the...